Please ensure JavaScript is enabled for purposes of website accessibility

If you’re an OTC carrier or think you might be, this page is for YOU. It was created based on the stories of carriers at different stages of life. Many OTC carriers experience symptoms like migraines, exhaustion, mood swings, heat intolerance, or feeling sick after eating protein. What they don’t know is that those symptoms may be caused by OTC.

“Everything just clicked as to why I’d been having these symptoms since I was a child, and no one could ever find answers for them. I felt relief to know OTC was the answer.”
– Aubrey

If you’re an OTC carrier, it’s time to know if symptoms you experience are really OTC-related. Use this page to help you evaluate your symptoms, hear from other OTC carriers who have been where you are, and learn what kinds of questions to ask your doctor. Now they know—do you?

It’s important to share my OTC story with people because the symptoms of OTC especially in carriers are very subtle and, I’ve lived with it my whole life and it affected me terribly and I want to bring awareness to other women, to possibly help them.

I learned that I was an OTC carrier when I had my son.

You know, when I was taking biology courses in college, we studied OTC… And, when the doctor came in and told me that he thought Payson had OTC, I literally looked at him and said, there’s a 1 in 80,000 chance. I was like I have a better chance of winning the lottery. (laughs)

After they had determined he had OTC I was tested.

When I received the result that I was a carrier I felt a sense of relief at first, because I finally, you know, knew what was wrong with me… you know, of course I was devastated the fact that my son had it.

I think most mothers when they find out that something’s wrong with their child, they start blaming themselves. And that is, um what I did.

You know and…that’s a pretty heavy burden to have on you.

But the initial reaction was relief.

Everything kind of clicked as to why I’d been having these symptoms since I was a child, and no one could ever find answers for them.

Even though you may not be as sick as your child, OTC carriers can still have symptoms.

The most common symptoms that I experience are blurred vision, migraines that last for days, nausea and, ah, not having mental clarity.

The best advice I could give, on being an OTC carrier is get treatment.

Taking, a medication and making dietary adjustments has definitely helped with the symptoms. I have much more energy now and the episodes are much shorter-lived.

I used to think that having these symptoms was just something I had to live with and didn’t realize that there was anything I could do to make it better. And I wish I had of known then that I had OTC and that there was help out there.

My name is Aubrey and I’m an OTC carrier.

Now I know what a difference treatment can make.

Listen to women living with OTC share their stories

Every OTC carrier story is different, but these women have learned one thing from their experience: knowledge is power. See how a little learning went a long way in helping them take control of their lives and enabling them to make informed choices about their health.

Some people have the wrong idea when they hear the word carrier. Some think carriers aren’t sick or don’t have symptoms. And some think if they don’t have symptoms now, they won’t have them later either. Everyone is different. Listen to what Aubrey, Marie, and Frankie learned once they found out they were OTC carriers to help them manage their OTC and their life better.

The Emotional Experience of Being a Carrier

Learning you are an OTC carrier can bring out a lot of complicated emotions. See how these OTC moms handle life with grace and compassion.

The Emotional Experience of Being a Carrier

Migraines, fatigue, brain fog, aggressiveness…hear women talk about the symptoms they experienced for years before they connected the dots to OTC deficiency. And how working with their doctor to put a management plan in place has helped.

Talking to Family About Testing for OTC

OTC is genetic, which means it can run in the family. Yet it isn’t always easy to talk about. Listen to Aubrey, Marie, and Frankie’s experiences talking to family members about the importance of genetic testing.

Talking to Family About Testing for OTC

You, Me and OTC

Having to constantly explain OTC to the people around you—even your doctors!—can be exhausting, so we created a resource to help. Below you’ll find two different worksheets. One is to share with people like family, friends, and co-workers, and one to share with people on your healthcare team, like your primary care physician or OB/GYN, who might not be as familiar with OTC.

Each worksheet gives a brief description of OTC and what it means to be a carrier, it also has space for you to fill in important information about the support and care you may need when it comes to making healthcare decisions that could be impacted by your OTC.

Educate your friends, family and co-workers 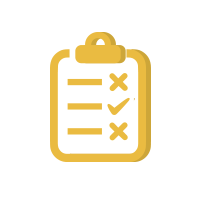 If someone in your family has been diagnosed with OTC, use this OTC Symptom Survey to see if you've been experiencing any OTC-related symptoms. Be sure to share your results with your doctor. If you have been having symptoms, your doctor can talk to you about a management plan that's right for you. 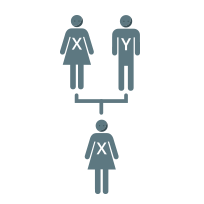 MYTH: Carriers are not affected by OTC deficiency.

Some OTC carriers experience symptoms for some time before they even know they are carriers or that it is damaging their health.

MYTH: Carriers cannot have an episode of hyperammonemia.

Even people with mild OTC can experience hyperammonemia (too much ammonia) at any age.

MYTH: What’s happening to you is normal and you just have to live with it.

FACT: You don’t have to live with things like nausea, migraines, or exhaustion.

There are things you can do to help keep these symptoms under control. An OTC management plan may help!

MYTH: It’s all in your head.

FACT: Elevated ammonia that’s not high enough to cause a crisis can still cause symptoms and damage to the brain.

Carriers may have less severe OTC, which means they may not experience hyperammonemic crises often or even ever. BUT this doesn’t mean carriers don’t experience high levels of ammonia!

MYTH: Genetic testing for UCDs is expensive and complicated.

FACT: The cost of a genetic test varies, and health insurance may cover some or all of the cost.

There are also programs available to help people afford a genetic test. The UCD Genetic Testing Program provides access to genetic testing for people suspected of having OTC and their family members at no cost.

Find out if you are an OTC carrier

Get tips and insights for managing a UCD

Discover ideas for living better with a UCD